Musselburgh is a lot further away from Lambourn than Bath – to be precise it’s six and a half hours in a horsebox and some 385 miles – but weather-permitting Seamus is planning to send last week’s impressive Bath winner High Wells up to Scotland on Friday for the mile and a half handicap, in which he would carry a 6lb penalty.

Seamus said: “It all depends on the ground, but I’d like to run High Wells up there if conditions remain on the fast side.

“He ran a cracker when tried in a handicap for the first time at Bath on July 5, finishing second to one of Mark Johnston’s, and then we ran him too quick when he disappointed at Salisbury 12 days later.

“We then went back to Bath, only for the ground to change and he just could not handle the soft, but the weather Gods were on our side back at Bath last week and he bolted up. Let’s hope they miss the forecast showers through the week.”

Durack has already schooled High Wells – “he jumps very well and the plan is to go hurdling sooner rather than later with his ground preference” – and he is hoping that he might do as well at that game as Plato’s Kode has recently.

He added:”Plato’s Kode is 2-2 since we went hurdling, and, though he looked to make hard work of it at Worcester last time, the runner-up had a soft lead in front and then got first jump on us up the straight.

“Consequently, our fellow has done well to reel him in, and we might now go back to Market Rasen at the end of the month.”

Meldrum Lad is entered over hurdles at Southwell tomorrow, but Seamus is likely to wait for Uttoxeter on September 24 when he can go back chasing.

He said: “He won three off the spin over fences during April and then broke a blood vessel when disappointing at Kempton on May 1.

“However, he has thrived for a midsummer break, and, hopefully, we can get rolling again at Uttoxeter. He has done us proud this year.”

Back on the Flat The Great Dandini, who ran a blinder at Salisbury last time, only his second time on the racecourse, will try and make it third time lucky at Catterick next Tuesday, but Tyrolean, who is also looking a winner waiting to happen, will opt out of his three engagements this week and wait for a bit of soft ground, with Carlisle tomorrow week a possible target. 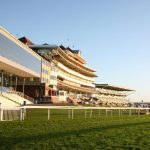